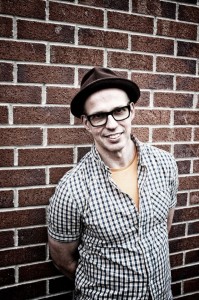 Hailing from northwest London originally, I moved from Brixton to Manchester in 1997 to join the team of Clear Vision Trust (a small Buddhist charity making videos about Buddhism and meditation particularly for schools) and to live a life more fully in a Buddhist context. I became a member of the Western Buddhist Order in 2002, when I was given the name Upekshapriya, meaning ‘one who delights in equanimity’.

A short history of my work:

I started filmmaking when I was 22 in the Lesbian and Gay Youth Video Project, and with about 25 others made Framed Youth – the revenge of the teenage perverts, a documentary about ourselves and our friends.

Some of us formed a lesbian and gay film/video/photography co-op called Converse Pictures, which had high ambition but low output, notably making All Out! Dancing in Dulais: Lesbians and Gays Support the Miners. After a few years I decided to go to filmschool to learn about the theory and practice of filmmaking where I made Two Men and The Truth Game (which travelled the world to over 23 film festivals). After college I worked independently until I joined Clear Vision – a small personal project was a short video about gay men cruising called Sex Elvis Boy inspired by some friends’ music.

It was very exciting a few years ago to be involved with producing a documentary about a new Buddhist opera being made called The Triumph of Life. Much more recently I worked on a video with Karuna Trust called Big Sister which was brilliant fun to both film and edit. In 2006 I made a documentary with the London Buddhist Centre called Lotus in the City, which was also a breeze – and at the end of the year Manjuka and I made On the Threshold, another video about Karuna fundraising (following on from the success of Big Sister).

Popular Posts in the past month

As long as you keep this page open you will support my website by donating your computer idle time.